Health comes first, both in the office and at home for Johan. 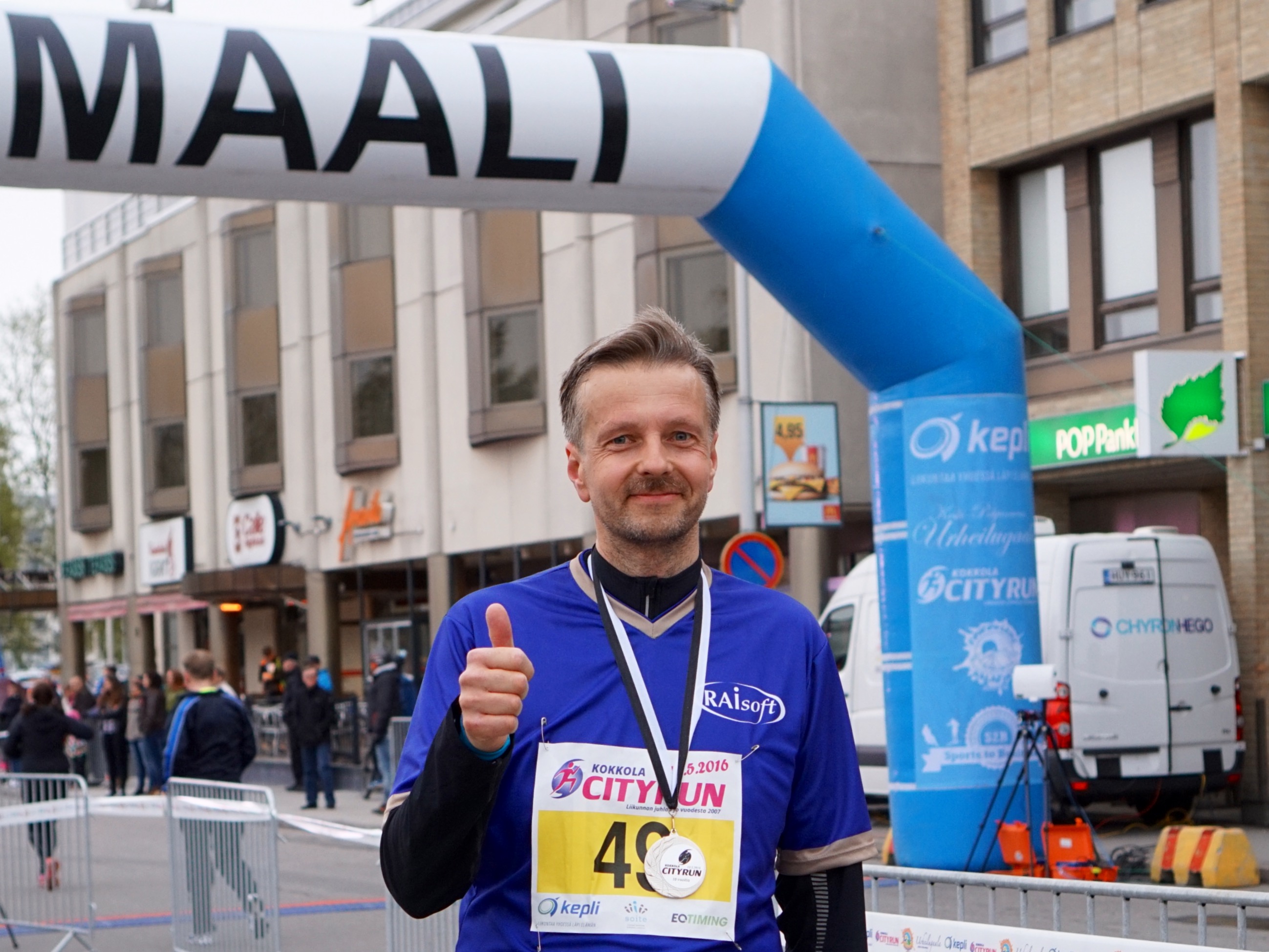 FOR JOHAN BOHOLM THE EMPLOYEES WORK HEALTH IS IMPORTANT. ON HIS SPARE TIME HE TAKES CARE OF HIS OWN WELL-BEING.

Johan Boholm is one of Raisoft´s founding members. But joining the team in Kokkola was never an easy decision; the moving boxes were still half unpacked in Vaasa.

- I am from Kokkola like all the other founding members of Raisoft. I studied data processing in Turku at the same time as Robert Åström and Rune Hassel, although I started a couple of years later. In the late 1990s, Magnus Björkgren initiated a project at the Chydenius Institute (now called Kokkola University Consortium Chydenius) on developing a software program based on a system developed by an international network of scientists, interRAI. At that point, Robbi and Rune invited me to be a programmer in their team. It was nice that they asked, but I had to give it a good thought.

- We had just moved from Turku to Vaasa. Our moving boxes were still unpacked. Anne (my wife) had a new job and I had been transferred to Vaasa to be a senior IT programmer at the University. But the job they offered in Kokkola sounded interesting and meaningful, I felt that this could be an opportunity to help people. Of course, the fact that this job would give us a chance to move back to our home town also played a big role. We initially moved to Vaasa to get closer to home but never thought that we would find suitable work opportunities in our home town.

During a snowy May holiday in 1999, the Boholms moved to Kokkola with their belongings and Johan started his 2-year RAI project for Chydenius Institute.

- I was given two specifications: the program must be user friendly and it mustn´t crash too often. All prior RAI software that had been developed in the US was copying the RAI paper assessment forms and had to be scrolled up and down the screen. All data was visible all the time. From the very beginning, we wanted to develop software where only one question was visible at a time. No complicated menu construction and all functions easily accessible by the press of a button. Nobody else had that.

At the beginning of the project, it was said that "there´s no hurry". It was a two-year project just taking off. But pretty soon the pressure was on the programmer as the wish for piloting the software grew.

- The first RAI training session was held at the Chydenius Institute in November 1999. Our current RAIsoft expert, Mervi Kivistö, was also attending.

The very first pre-piloting was very successful and soon a bigger pilot project was being planned.

- In the year 2000, about 2200 elderly people were RAI-assessed in Helsinki, Porvoo, and Kokkola. The database and software were physically installed in 80 machines. Cloud services were unheard of at the time. It was quite a hectic time when Robbi (Åström) and I were traveling around installing programs. On March the 7th 2000 the very first RAIsoft 1.0 was installed.

- Our goal that evening was to come up with a company name. All of us had been thinking about suggestions in advance. I like it clean and simple, and as the idea was to create a software around RAI I suggested "Raisoft". There were other suggestions too but the name was chosen unanimously.

Oy Raisoft Ltd was founded in 2000 but Johan continued working on the 2-year project and a subsequent project at Chydenius Institute until 2002.

- In the subsequent project a RAI-training concept was developed, Johan says.

After the big piloting Johan Boholm´s role in the project and at Raisoft changed.

- There was a big need for user support and marketing and in the first few years, I held over 100 training sessions for users. Since then the company has grown little by little.

An interesting era in Raisoft´s history is the Palm (hand-held personal computer device)-trial in the early 2000s.

- The RAIMo (mobile)-project called for a mobile version of RAI. I was familiar with the Palm hand-held computer so I suggested we try that. We worked closely together with the University. In home-care RAI assessments were done on the hand-held computer for a while. The information was transferred via a docking station to the computer´s database. It was a pretty neat system!
Often things move forward through good timing and fortunate circumstances when you happen to be in the right place at the right time. You never know when a random meeting might lead to meaningful co-operation. This is what happened when Raisoft took its first tentative steps on the international market.

- Our international business began already in 2002-2003 in Switzerland. A company called Q-Sys AG found us through the interRAI chat network. They had had problems with data security with their previous supplier and they needed help. We were sending screenshots of the program back and forth between Switzerland and Finland and the Finnish-German translations were done in Excel. A German version was done in no time and the good co-operation is still ongoing.

- Maybe we got a too rosy picture of internationalization because the first steps were so easy, Johan says.

Throughout the years Raisoft grew bit by bit and Johan´s work shifted more and more towards marketing and communication. For a few years, he was in charge of all training. As the company grew the IT professionals, who had started in the company as a young computer nerd, had become middle-aged men with families.

- It was late in the year 2013 when the discussions around the coffee table turned more and more on problems and pains in the neck and shoulder areas. There weren´t any indications of big problems as far as sick leaves were concerned but the warning signs were there and we wanted to tackle the problem sooner rather than later, Johan explains. I contacted occupational physiotherapist Maria Paananen and we began working together with her, says Johan, who thinks passionately about work well-being in general and underlines that you have to have fun at work too.

The first thing Paananen did was to give an eye-opening lecture to the Raisoft staff, describing how harmful constant sitting is and why sitting is the main cause of the experienced symptoms. The sedentary workday cannot be compensated with active free time. Paananen said that she has seen this kind of development in hundreds of workplaces and that the best and most recommended cures are usually too difficult to implement and sustain. This is why the motivation for "starting a new life" usually wears off quite soon. It´s far better to find a beneficial minimum level and make it a part of your every-day life.

- In 2008 a doctoral thesis showed that even 1 % of a workday (4,8 minutes in an 8-hour day) is enough to make the employer feel that the exercise was beneficial. This is how we defined the time frame of 6 minutes (2 x 3 minutes), says Johan Boholm, and explains how the idea of a workplace wellness solution was born.

Maria Paananen created a customized workout routine for the Raisoft staff: one minute for the upper body, one minute for the lower body, and one-minute cardio. She also suggested a reward system for the most active ones. After six weeks of regular on-site exercise breaks a questionnaire showed that the staff felt better and that the stiffness had eased up.

TO OUR SURPRISE THE COMMUNITY ASPECT WAS HIGHLIGHTED IN THE ANSWERS FROM THE QUESTIONNAIRE.

- The everyday exercise breaks had become a social event for the staff where people were cheering each other on and having fun. This same aspect was also confirmed in a couple of pilot projects, says Johan Boholm.

Maria Paananen´s message resonated quickly with Raisoft´s IT know-how and already a few weeks after the start Tom Cygnel made software that included all the employees´ names and everyone could participate in the exercise breaks just by clicking. The exercises were still in paper format.

- In autumn 2015 we concluded that since this has been working so well for us, maybe we could make it into a product. On March 15, 2016, we released Smart Break at a work well-being convention and launched a new commercial product.

Smart Break is a workplace wellness solution of 3-minute exercises done twice a day. The software randomly chooses the exercises once every hour. Every time an employee participates the information is saved in the database and the workplace can reward the employees with raffles and lotteries as an incentive. When one exercise break equals one raffle ticket, the more you participate, the bigger your chances are to win.

In less than three years we have come a long way. Smart Break is quickly making its way to the markets in the US, Sweden, and Great Britain, for instance. Simultaneously Johan has shifted from the Raisoft line-up to become a full-time Smart Break-man.

- I´ve been jokingly saying that the RAIsoft-program was the company´s first baby which has now grown up and is of age. Smart Break is the new baby or rather the grand-child as it was born due to Raisoft getting older, Johan laughs.

- All my spare time hobbies are exercise-related. Last summer I bought an electric mountain bike which has resulted in much longer bike rides than earlier. I have also noticed that the longer bike rides have developed my long-distance runs. When I´m out and about in nature, I also take photographs. 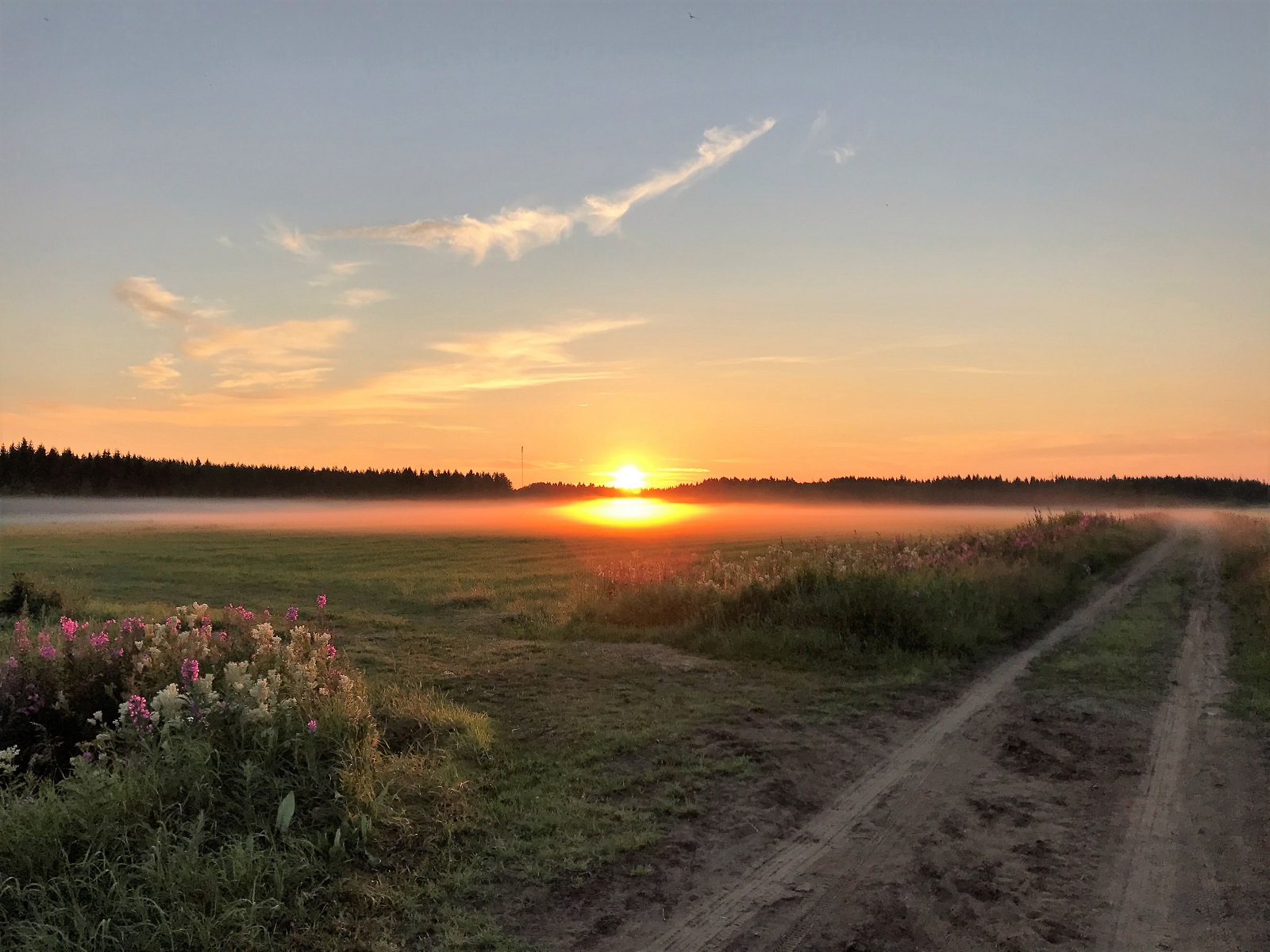