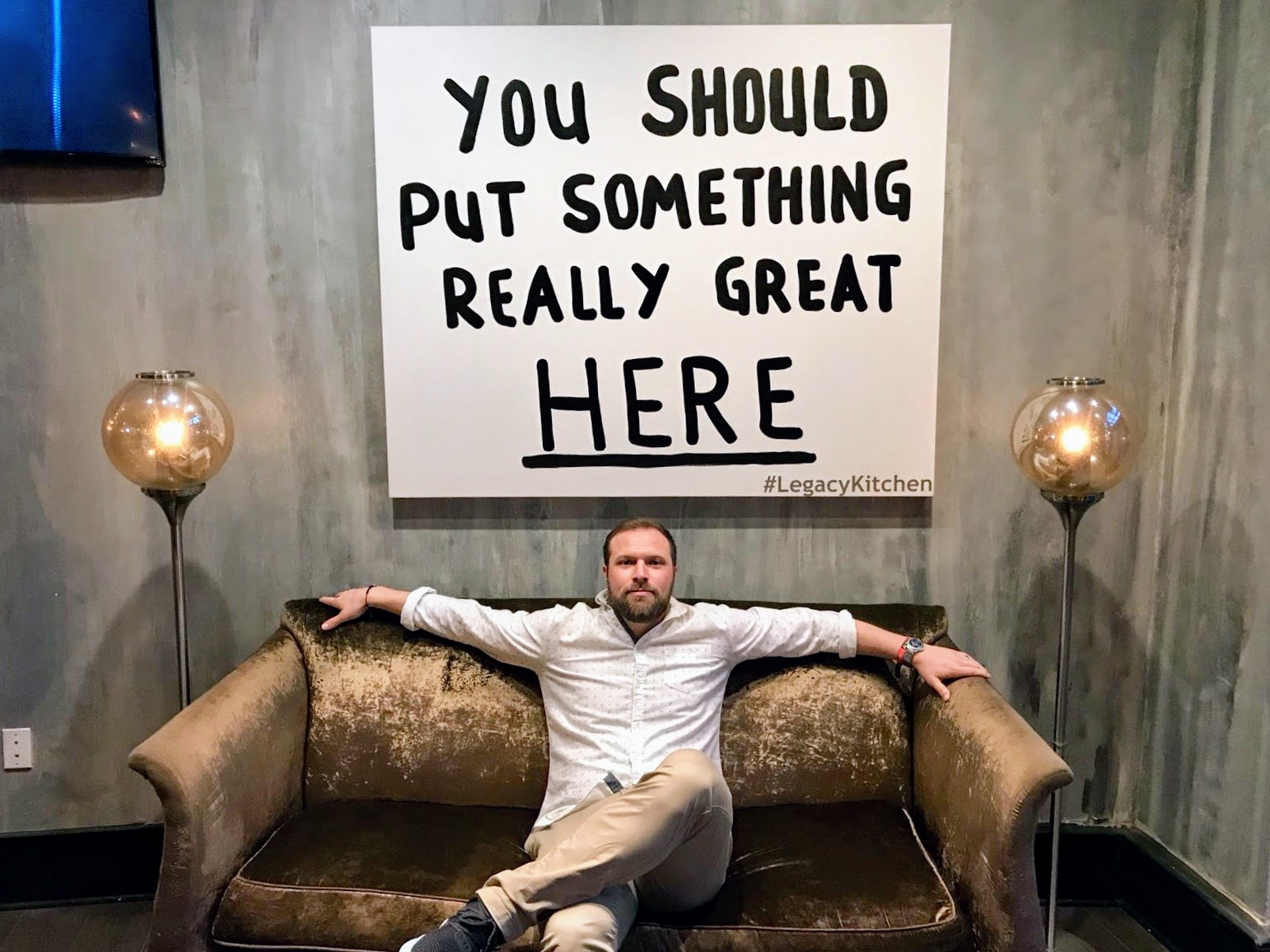 True to his family name, Lawrence Smith has got many irons in the fire. Smith, who comes from Charleston, South Carolina, is just as happy to talk about Smart Break as he is about Raisoft.

- Charleston is a beach town and it´s always hot. It´s also a popular holiday resort and has often been ranked one of the best holiday destinations in the world.

Lawrence started University playing soccer and was dreaming about playing soccer professionally outside the local fields - abroad. When you are in your twenties it´s easy to make quick moves and soon he found himself on the plane to Jamaica.

Lawrence spent about a year in Jamaica but longed to play in Europe. His agent was representing a Jamaican player who coincidently wanted to return back home from Europe, more precisely from Kokkola, Finland. A trade-off was made.

- I went home for a few days to get some warm clothes. I didn't really know anything about Finland except for that it is quite cold here.

Lawrence landed in Vaasa airport in mid-March 2007 from where he was ushered straight to KPV´s (Kokkola Football Club) practise for a two week try-out period.

- They were quite surprised because they were expecting a Jamaican, Lawrence laughs.

After a few practises he had his first game, an away game in Vaasa.

- I turned 22 that day and after the game I signed a 1+1 year contract with the team.

Happiness knocks at the door

Later that night Lawrence and his team mates went out to celebrate the new contract and he met his future wife Ida. At first she didn´t take Lawrence´s efforts very seriously. Even to the American, who´d just arrived to Finland three days earlier, it was hard to imagine that he´d come to stay.

After a few years with KPV Lawrence played one season in Vaasa and since 2010 he is part of another local football team: GBK (Gamlakarleby Bollklubb).

During the first few years Lawrence would always travel home after the season and return in time for the training season. Usually he spent 3-4 months in Charleston: from October/November until February.

- Little by little I started to spend longer periods in Finland and didn´t go back home straight away.

For many years soccer was the main bread giver but gradually it was time to start thinking ahead.

- We were married in 2012, our daughter Alexandra was born in 2013 and in 2014 we happened to see a billboard on Centria University of Applied Sciences "International Studies". Ida encouraged me to apply to the program. I set myself a goal to graduate by Christmas 2017.

Diploma on Friday, interview on Monday

Lawrence played soccer, studied and the family grew bigger. Their son August was born in 2015 and younger son Austin in summer 2017. On a Friday night in November 2017 Lawrence pressed the "submit"-button on his computer to send off his final work to the school announcing that the exam he had set himself up to do now was just shy of a diploma. That same night he ran into Robert Åström, CEO for Raisoft, and told him about his graduation.

- He invited me for an interview the following Monday.

Lawrence and Ida had already earlier decided to go to Charleston for Christmas and stay a bit longer.

- It was a memorable moment when my parents held their youngest grandson for the first time, I showed them my diploma and told them that I had landed a job at Raisoft and would start in January 2018.

- If you don't count soccer, this was my first real job ever. It has been interesting and challenging to try all different kind of things. What works, what doesn't, how can we open doors to take Smart Break to the world, especially to the United States?

- On these trips I gathered as much knowledge as I could. I have heard lots of stories and learnt a lot about Raisoft. I am very grateful for all the support and trust they have shown me. They knew very well that I was a rookie and that I had a lot to learn but still they had faith in me and encouraged me and have given me space – also to make mistakes and to learn more. Wherever I have promoted Smart Break I have also promoted Raisoft because Raisoft´s history is a solid foundation and increases the trust in Smart Break. I have continuously learned more about both.

After a couple of Smart Break years Lawrence is now more than before involved in Raisoft as the company is trying to get a foot in the American market.

- I am actually quite surprised how many of the contacts and networks that I have established while marketing Smart Break have been beneficial for Raisoft´s efforts to expand. The Smart Break projects have provided us with a lot of valuable information on how to proceed with Raisoft.

At the moment there are many irons in the fire. Even if Covid-19 changed a lot of plans it has not all been for the worse and partially made things easier.

- Everyone´s in the same situation: nobody can travel and many of the events that we could have attended live are now virtual ones. This is much cheaper and easier as all the travelling has stopped for now.

Lawrence keeps busy playing soccer and doing things with his active children on his free time. A puppy is on the wish list as well.

- I also just started a Master´s Degree Program and all my nights and Saturdays are spent studying.

- Nights are long and days are even longer, Lawrence says, as he describes the use of time and says that he swears by strict time tables and tight routines.